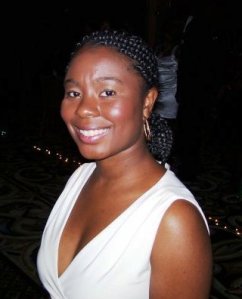 I was, indeed, born in 1985. I’ve been a writer since I can remember. I was published in a local newspaper when I was in the third grade. I’ve published very little since and have won a few awards. I have a degree that says I know a considerable amount about English Literature, which I only partially agree with. I love to read as well as write. I will read almost anything except science fiction, unless you can count Stephen King and one dalliance into Dean Koontz. I’ve read nothing about vampires except Bram Stoker’s Dracula, and I’m happy with that. I don’t like shape shifting wolf-people, and have never seen a twilight movie or read Harry Potter (or seen any of those movies either).

I developed a nasty habit for Harlequin romances as a young girl, and when I’ve been to engulfed in “literature,” I return to this simple indulgence. I make no apologizes for counting Betty Neels and Penny Jordan among my favorite authors.

I’ll try very hard to keep this blog on topic, with posts about writing, reading, authors, books, and the like, but I make no promises. I can be a bit random, and I love that about myself. One might even say I embrace it whole-heartedly.

Here’s a more formal bio I use for guest posts and the like:

Erica D. Hearns holds a (heretofore) completely useless degree in English Literature and has aspirations of an MFA, as well as blogging and publishing world domination. When she’s not outing lying protagonists or helping them fall in love, she updates her four public sites: Indigo Moods (relationships/faith), The Season for Getting Serious (Christian), Copywrite1985 (writing and literature), and What I Wanted to Say (personal). She has a patient and longsuffering boyfriend of over six years and an inordinate interest in getting a fluffy white cat and naming her Miss Chancellor. She loves God, pasta, movies, yoga, cinnamon, caramel, and broccoli. She resides in Orlando, FL.